Showing posts from March, 2010
Show all

March 14, 2010
Please join me at the Deep Ellum Art Festival on 4/02-4/04, where I will be displaying art at booth #98 with photographers Essie Graham & Scott Dorn. We will be located close to Malcolm X Blvd on Main Street. (You can visit the website here: http://www.meifestivals.com/deepspr.html for more details & directions.) I will also be doing a LIVE, faith based art performance on 4/04 (Easter Sunday) from 11-am-2:45pm at the Art Love Magic section of the festival, which should be close to Crowdus on Main Street. (You can learn more about the awesome things going on with Art Love Magic here: http://www.artlovemagic.com/ ) Right now, I'm currently working on several small paintings for the show, so there should be a lot new/fresh work to see!
Post a Comment
Read More... 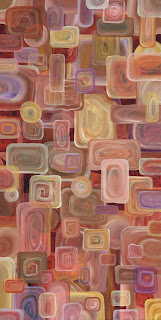 The Simple Series was initiated in the Spring of 2007. The number of works in this series has not been finalized. The theme behind the series has to do with simple things being more complicated than they seem, thus giving the illusion that little effort was required to bring the desired result about. In the Simple Series, basic shapes in the form of boxes and squares are used to convey the inherent complexity of simple things once other factors are considered, such as design, placement and color selection. During my studies in early 2007, I re-read a short, simple sentence as if I were seeing it for the very first time….artistically speaking. Follow me. Two simple words. One directive. Numerous implications. "Follow Me." That's what Jesus said to His future disciple in Gospel of Matthew. Those two little words: "Follow Me" may be the most profound invitation ever extended to mankind. A simple sentence that is incredibly complicated. To truly Follow Him, and be a
Post a Comment
Read More...
More posts